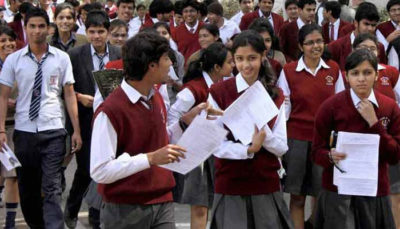 Central Agency for Higher Education (CBSE) today made it clear that any uncertainty in the questions of the national medical entrance test ( NEET ) is an academic issue and will only be processed by the professional experts.

One question came with two correct options, while another came with all four the wrong multiple choice answers.
Another question to which objection has been raised read by Physics teachers read “which of the following pairs of compounds is isoelectronic and isostructural?”

“It should rather have been ‘Which of the following pairs of compounds is isostructural and has same number of valence electrons?,” a Physics teacher said.

A senior CBSE official said, “As far as ambiguity in questions is concerned, it is purely an academic issue which will be addressed by the subject experts. For this purpose, the official answer key will be hosted for making challenges by the candidates.”

“The date of hosting answer keys will be intimated on NEET website,” the official added.

Telugu-medium candidates who appeared for the exam at a centre in Andhra Pradesh had also claimed that they were given question papers in Hindi and English and not in Telugu.

CBSE authorities, however, chose not to comment on the issue.

The NEET has already had its share of controversies with several candidates complaining of inconvenience due to the bizarre dress code.

In a shocking incident, a student was forced to remove her bra before being permitted to appear for the test, while another girl had to change her jeans as it had pockets with metal buttons.

The Board had yesterday asked a school principal in Kerala to apologise to a NEET candidate for being asked to remove her bra at the examination centre even as the latter suspended four teachers for the “overzealous” act.