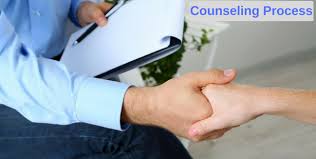 WBJEE Counselling Schedule 2017 The Counseling Schedule for WBJEE Engineering Admission 2017 will be released after publication of result. The candid

The Counseling Schedule for WBJEE Engineering Admission 2017 will be released after publication of result. The candidates must report with all the necessary documents for the counselling as per the schedule.

West Bengal Joint Entrance Examination Board conducts the Common Entrance Examination in the state of West Bengal for admissions in Undergraduate courses in Engineering & Technology, Pharmacy and Architecture courses. WBJEE counselling dates and schedule 2017 have been announced. The result was published on June 5, 2017. Students are advised to keep in touch with this site for any further updates.

The counselling schedule for WBJEE 2017 has been released by WBJEEB. According to it, online registration starts on June 12 and ends on June 19, 2017. Candidates with West Bengal Joint Entrance Examination 2017 Rank can fill choices from June 12 to June 20, 2017. choices can be locked between June 18 to June 20, 2017. If a candidate does not lock choices, then whatever choices have been filled will be automatically locked on June 20, 2017 midnight.

WBJEEB will release first seat allotment result on June 23, 2017. This is followed by reporting for document verification, initial fee payment, collection of allotment cards from June 24 to July 1, 2017. Next, admission and physical reporting to allotted institutes by candidates who have an allotment in round 1 counselling is June 24, 2017 onwards.

Students will need to download their pre-filled counselling form after admitting their roll number, aggregate marks and related subject marks. This counselling form will have student picture and signature embossed with personal details pre filled from the database.
The three rounds of counselling/ allotment are.

1st round of allotment / counselling: After choices of registered candidates for e-Counselling 2017 are locked, total number of seats (around 36,000) seats will be allotted to such candidates depending upon their rank vis-a-vis choice given. After such allotted candidates complete reporting at their concerned Reporting Centres and vacant seats are generated thereof 2nd round of allotment is made.

2nd round of allotment / counselling: Now, these vacant seats will be allotted from amongst the remaining un-allotted candidates and up-gradation of choices amongst the allotted candidates will also take place. However the upgraded candidates need not report to the Reporting Centre again if they do not want to change the choice of UPGRADATION from YES to NO; After fresh allottees complete their reporting at concerned reporting centres and vacant seats are generated thereof 3rd round of allotment is made.

3rd round of allotment / counselling: